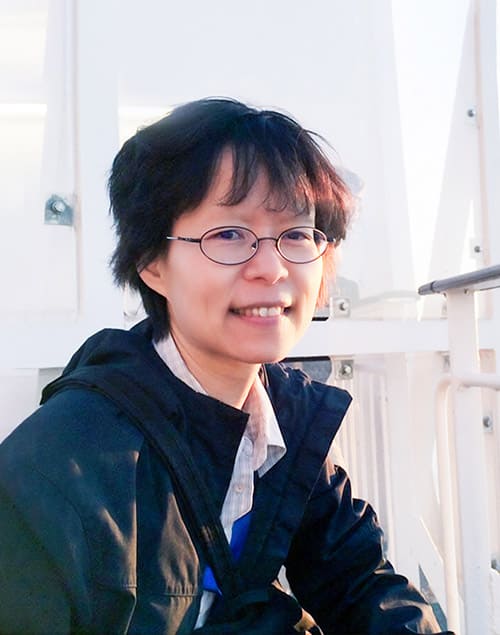 In order to seek a career in academia, I quit my job at the TSMC and joined the IAMS as a Postdoctoral Researcher under Dr. Kuei-Hsien Chen and Dr. Li-Chyong Chen in August of 1997. Dr. Kuei-Hsien Chen was one of my Ph.D. thesis committee members, so I was acquainted with their impressive work on the growth, characterization, and application of novel semiconductor materials in the joint research group at IAMS/CCMS. I was certain that I would be able to work on some exciting projects in that group.
At that time, we were focusing on silicon carbon nitride, which was then a novel semiconductor first discovered and developed by Dr. Chens’ group. In addition to growing the silicon carbon nitride films using various techniques, we also expedited physical/chemical characterization of the resulting novel amorphous and crystalline films. Engaging in the development of a new material is definitely an imperative experience for me, with my background of chemical engineering, to get into the fundamental sciences. As well as thin films, we also developed a process for the growth of one-dimensional silicon carbon nitride nanostructures and investigated their unique properties. It was about this time that research on nanomaterials began to blossom. I was fortunate enough to witness it, and I was inspired to carry out further investigations on one-dimensional nanostructured materials when I became a PI.
The work atmosphere at the IAMS is quite distinct from that of regular departments in universities where people usually have comparable backgrounds. At the IAMS, I met students, research assistants, and visiting scholars from different academic backgrounds. I learnt a lot while discussing and working with them. Being a senior in the group, I had the chance to develop leadership skills while working with young students, and I also observed the different management styles PIs employ.
In August of 2000, I joined the department of Chemical Engineering, Nation Cheng Kung University as an assistant professor. Both Dr. Chens consistently supported me like mentors. More than 20 years has passed since then, but I still think that my three years at the IAMS, which bridged my being a PhD student and a PI, was a critical period for me. The privileged experiences received at the IAMS are certainly the pillars supporting my academic career.